So, this time I guess I don’t have a fancy screenshot to show.

Most of the work on Day 7 was restructuring some more of the Blueprints I had already build (if you read the Day 6 post, you might see that this has become a common theme, which is due to me still learning the language & engine), as well as learning a bit more on how the unreal engine integrates c++, as I have found a few things that I’d like to do that don’t seem possible with Blueprint yet.

Also I seem to have a problem with the Engine not running the construct scripts of my ship-characters in “standalone” mode – while in editor and in a done build it works (so this is mostly just messing up testing for myself).

Besides that I’ve looked into how to do networking, for which I started building a networked pong (no, not going to release that) in the Unreal Engine, just to see how it works.

My next goal for this is to build an Asteroids-Level – basically the first playable release of something, so people who are interested can play (… asteroids), and give me feedback on how the controls work for them. (If you are interested, drop me a comment – it might still be a few weeks till that happens though).

not so fancy pong screenshot: 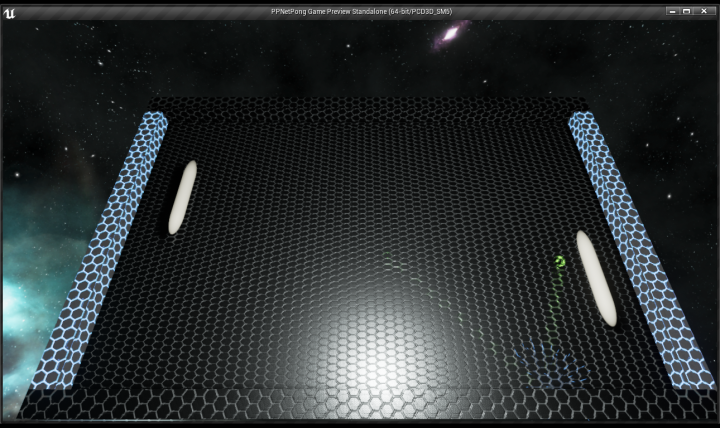